What is «Catalysis»? Spotlighting Catalysis

Jöns Jacob Berzelius, a Swedish academician and an honorary foreign member of the St. Petersburg Academy of Sciences, proposed the term “catalysis” in 1835. He formed it from two Greek words: “káto” (down) and “λύειν” (letting go), which form the Greek word “καταλύειν” – destruction. Berzelius wrote “… the catalyst produces an effect on other bodies that is very different from chemical affinity. The catalyst produces destruction in substances and creates new ones, of which it is not a part. “

Platinum and Catalysis: History and Current Trends in Industrial Applications

The use of platinum as a catalyst dates back to 1820, when Johann Döbereiner demonstrated the oxidation of hydrogen in the presence of a catalyst. In 1831, Peregrine Phillips invented the “lead chamber process” to produce concentrated sulfuric acid by the catalytic oxidation of sulfur oxide using a platinum catalyst. This gave impetus to the development of the chemical industry. 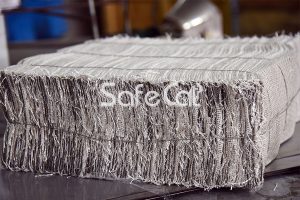 Platinum is a true “jack of all trades” in the world of catalysis. It is also used to split oil into high-quality fuel fractions (catalytic reforming), and to remove combustion products from air by oxidation. A triple catalyst of rhodium, platinum and palladium is used to almost completely remove hydrocarbon combustion products in the automotive industry. First, nitrogen oxides are split into oxygen and nitrogen on a platinum-based reduction catalyst, then carbon monoxide (CO) is oxidized by the released oxygen to a relatively harmless carbon dioxide (CO2). For the first time, a catalytic converter was used in the automotive industry in 1975, which enabled oxygen devices to be removed from the streets of Tokyo, suffocating from smog.

There is a known challenge of metallic mercury in flue gases, which cannot be trapped in a wet scrubber – the main equipment for cleaning flue gases. The catalytic oxidation on a carbon catalyst in the presence of halogens converts mercury into the form of a soluble oxide, which is removed together with the effluent. The degree of purification from mercury by this technology reaches 100%. Challenges: there is still insufficient understanding of the mechanism of mercury oxidation and, as a consequence, instability and relatively low efficiency of the catalytic process.

VOCs emissions (volatile organic compounds) are the main route of air pollution. The main sources of VOCs are petrochemicals, automobile transport, biodegradation, pharmaceuticals, fabric manufacturing, etc. The most common VOCs are halogen compounds, aldehydes, alcohols, ketones, and aromatic hydrocarbons. High concentrations of VOCs lead to mucosal irritation, nausea, dizziness, and headaches. Many VOCs are carcinogenic to humans and animals. Some are poisonous and even deadly.

The most common VOC emission control technology is catalytic oxidation, which has a wide range of efficiencies and relatively mild operating conditions. The disadvantages of catalytic oxidation – expensive and high-tech components, the use of precious or expensive metals: platinum, gold, silver, ruthenium, palladium, iridium, etc., and a decrease in the efficiency of the process in the event of changes in its conditions – easily pay off by a high degree of purification and overall economic efficiency. 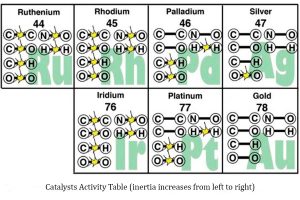 The recent joint work of Yong Wang research teams from Washington State University, the Gene and Linda Voiland School of Chemical Engineering and Bioengineering and the Datye Catalysis Group from University of New Mexico made it possible to obtain a catalyst operating in an extremely wide temperature range from 150 to 750 °C by integrating individual platinum atoms into cerium oxide material. This will allow both to cope with peak loads, and to solve the well-known problem of “cold start”, that is, a large number of pollutants emitted at a low temperature of unheated process. At high temperatures, platinum atoms tend to cluster, thereby reducing the efficiency of the catalyst. That is why platinum catalysts should be periodically tested for contaminant removal efficiency. The retention of platinum atoms in cerium oxide counteracts the adhesion of platinum atoms.

The models range of gas cleaning equipment is presented at the SC Catalytic Plants Catalog. The specialists of ST IG (Safe Technologies Industrial Group) will answer all questions related to the treatment of industrial gas emissions and will help to choose the best solution adapted to the needs of a particular facility.

When using the material/any part of it (media content), a reference to authorship and the site (www.safe-cat.com) is required.